Triathlons originated in France in the 1920s, where “Les Trois Sports” events were first held. Although the sport gained significant popularity throughout the 1970s and 1980s, it wasn’t until 2000 that the triathlon was first included as a medal sport in the Olympics.

The debut at Summer Games held in Sydney, Australia introduced a new challenge for triathletes around the world. The distances used were considered the international standard, and races using these are now known as Olympic distance triathlons.

How Long is an Olympic Distance Triathlon??

An Olympic distance swim is 0.93 miles (1.5km). The swim leg is generally the most dreaded portion of any triathlon for most athletes. If you’re considering trying an Olympic triathlon but are concerned that you’re not a strong enough swimmer, you may find it comforting to know that as with most triathlons, any stroke is accepted, you can take breaks on your back, and it is the shortest part of the race.

Be ready to bike 24.8 miles (40km) in an Olympic distance triathlon. As in all triathlons, the bike portion is the farthest, and will take the most time. Although drafting (following closely behind a competitor to gain an aerodynamic advantage) is allowed in the Olympic Games, most amateur triathlons forbid it for safety reasons.

The distance for an Olympic triathlon run is 6.2 mile (10km). For many serious athletes, this is just a standard Tuesday morning run before work, but when it comes at the end of a long swim and bike, it becomes an entirely different challenge. Pacing is vital to ensure you have enough energy left to fuel a triumphant sprint to the finish!

What are Olympic Triathlon Cut-off Times?

In order to be considered to have successfully completed an Olympic distance triathlon, you’ll have to ensure you complete each leg within the maximum time allowed. The swim needs to be completed in 1 hour or less, and you must move from the bike to the run leg within 3 hours and 15 minutes. You then must finish your run no more than 4 and a half hours after you entered the water.

It might seem mean to deny an athlete an official finish if they aren’t fast enough, but there are a few reasons that cut-off times are enforced. Road closures for triathlons are negotiated with city officials, and involve permits, policing, and inconveniences for residents, so the agreed upon timelines need to be strictly adhered to.

There are also safety factors, such as ensuring adequate daylight and support. Aid stations need to be stocked and staffed, and medical support needs to be available if required. There’s also the matter of cleanup after the race, so that the community supporting the event can return to normal as soon as possible.

What is Considered a Good Olympic Triathlon Time?

Determining good times for any triathlete always varies depending on age, gender, and course. Your personal goal will probably be determined based on your strengths and weaknesses in each leg. The average finishing time for an Olympic distance triathlon is about 3 hours.

Determining the best times recorded for Olympic distance triathlons is a little complicated. Because some races allow drafting, and others don’t, and the courses have not always been calculated evenly, there is some question about how to establish official best times.

Taking those factors into consideration, the best known times for an Olympic distance triathlon go to epic triathlete Kristian Blummenfelt with a time of 1 hour and 45 minutes, and for women, Flora Duffy at 1 hour and 55 minutes.

How Long Should Each Olympic Triathlon Event Take?

The average time for most Olympic distance triathletes to complete the swim portion is about 35 minutes. The bike, generally the longest leg of any triathlon, tends to take around 1 hour and 30 minutes, and the run to the finish is 45-50 minutes.

How to Pick an Olympic Race

As with most triathlons, choosing the race that’s best for you will depend on your own personal priorities. You’ll want to make sure you choose a race that meets your development goals in regards to the elevation, swim conditions, and amount of hills. You likely want to make sure you’re challenged, but also that you’re safe, and not taking on a course that is outside your current abilities.

Tips and Tricks for an Olympic Triathlon

Most people move to an Olympic distance triathlon after completing one (or several) sprint triathlons. This distance, while far more manageable for most triathletes than an Ironman, or even half Ironman, is still a bit of a jump from the sprint distance you may be used to. You’ll want to keep this in mind as you train and prepare.

Allowing yourself 12 to 16 weeks of consistent training will help you build the stamina to stay out there for up to 3 or 4 hours while minimizing the risk of injury. It will take longer to build the endurance for this race than you may be used to.

Using a coach or mentor to build good form and help you with pacing is a wise idea. If you train poorly, you won’t be using your body as efficiently as you’ll need to in order to complete a course of this size.

Experiment with some different kinds of food while you train. You will need to eat during the race, so practicing eating while on the move, and paying attention to what foods your body tolerates well will give you an edge.

Is an Olympic Triathlon Right for You?

Many people find the Olympic distance triathlon to be the best fit for their goals. It’s long enough to be challenging and require serious training, but nowhere near as daunting as a half or full Ironman.

The level of training for an Olympic triathlon is manageable for most people who may be juggling their training with other commitments such as work or family. These races are often readily available locally, avoiding the time and expense required to travel for more specialized events.

You might find this race a little more competitive than the sprints you may be used to, but remember that your biggest opponent in any race is yourself. Beating your own personal goals and bests is the way to true victory.

The Best Triathlon Bikes in 2022 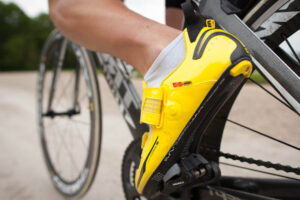 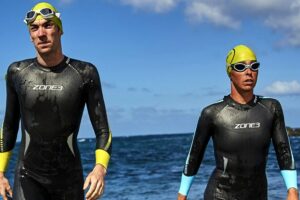 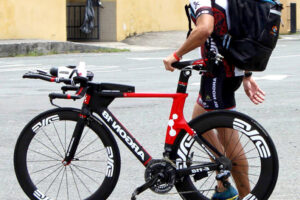 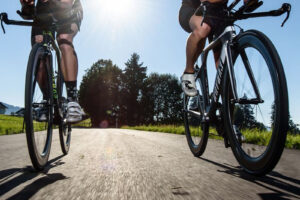